At Mission, we are proud to employ over 2,500 skilled and dedicated individuals whose work spans across a variety of disciplines and departments. Together, our diverse team is able to give exceptional service to our customers and provide solutions to their every day needs. 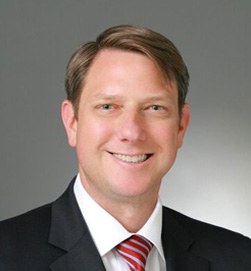 Fun Fact: As a collegiate soccer player, I scored a goal in under 10 seconds at the start of the second half at the Syracuse Carrier Dome… right place, right time.

John Ross joined Mission Linen Supply as President and Chief Executive Officer in July of 2013. Previously, John was Senior Vice President for Swisher Hygiene, where he supervised the North American field sales and service operation. Prior to his work at Swisher, John was General Manager of Cintas Corporation, where he was responsible for leading multifunctional teams in production, outside sales and human resources. John served in the United States Army’s 1st Calvary Division as a Platoon Leader and Operations Staff Officer. A graduate of West Point, he received his MBA from the University of California, Irvine in Finance and Information Technology. He and his family reside in Santa Barbara where the company was established in 1930. 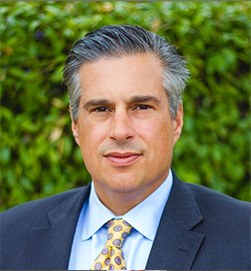 Best Advice: To hire great people. It sounds cliché, but it is impossible to be successful without a great team.

Tony oversees the Purchasing, Information Technology, Real Estate, Internal Audit, Risk Management, Fleet and Legal Affairs departments. Previously, he was the company’s Director of Information Technology, during which time he was responsible for numerous technology implementations, including the company’s initial SAP implementation. Tony has worked at Mission Linen Supply since 2002. He brings to the Corporate Services position a depth of knowledge and experience in technology and finance and a high level of commitment to best business practices. He has a B.A. in Business Economics from UCSB, in Santa Barbara, CA and is a former CPA. 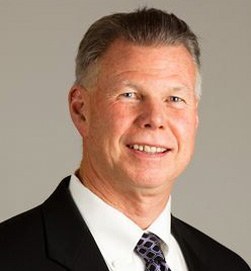 Favorite Quote: "A wise man once said nothing at all".

Mark is responsible for the strategic direction and operational management of the sales team at Mission Linen Supply. During his thirty-two years with the company, Mark has been a strong leader and innovator who enjoys new challenges and the camaraderie of his fellow workers. He has been instrumental in building a sales management team, as well as new programs in cost containment, training and accountability. Mark has a degree in Business Administration from Allan Hancock College and is a graduate of the UTSA Executive Management Institute. 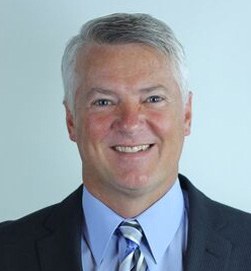 Top of my Bucket List: I would love to qualify for and run the Boston Marathon someday. It is the most prestigious road race in the world and would feel like winning my own Olympic gold medal!

Brad is responsible for a team that oversees the recruitment, training and overall well-being of nearly three thousand Mission Linen Supply employees. After initially joining the company as an Operations Management Trainee, he has spent the last 20 years in positions of increasing responsibility within Human Resources. Most recently, he helped guide the company’s benefit plans through changes required by the ACA as Director of Compensation and Benefits. Brad has a B.S. in Business Administration from Cal Poly San Luis Obispo and has earned both the Senior Professional in Human Resources (SPHR) and SHRM Senior Certified Professional (SHRM-SCP) designations. He is thankful for his time in Operations for the valuable perspective it continues to provide in his current role. 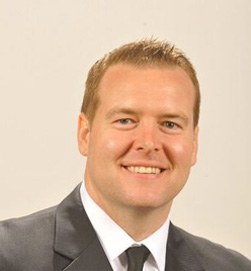 Best Advice: Be yourself. Everybody else is taken.

Austin began his Mission career in 2011 as a Regional Sales Director in Southern California and is a two-time winner of Regional Sales Director of the Year. During his time at Mission, Austin has developed, implemented and overseen numerous important programs including company-wide sales training programs, integrated brand awareness campaigns, and the sample and seed program at Mission. Prior to joining Mission, Austin held several sales positions of increasing responsibility with Cintas and was Vice President of Sales for AVID Ink, a leader in art and sublimation print technologies specializing in fashion and swimwear. He has a BA in criminal justice studies from Kent State University and recently attained an MBA from Strayer University. He previously served in the United Stated Marine Corps, spending six years in the infantry. 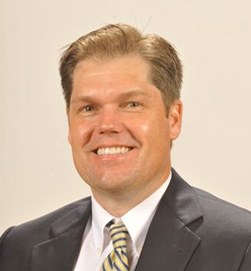 Fun Fact: I have dual citizenship with the U.S. and Britain.

Dave has been an employee with Mission Linen Supply since 2001. As Director of IT, Dave has initiated and developed many projects, including a Cisco IP phone system, Microsoft SharePoint and Microsoft CRM, along with virtualization and cloud projects. Dave led the project to convert Mission’s custom billing program from a mainframe to a .NET application. He has a degree in Economics from UCSB and a J.D. from Santa Barbara and Ventura Colleges of Law. He holds professional certifications from Microsoft and Cisco and once designed a software product that was sold to Cisco Systems. An innovative thinker with an appreciation for our company’s practical challenges, Dave is always looking for new and better ways to use technology. In his free time, he enjoys cycling and surfing. 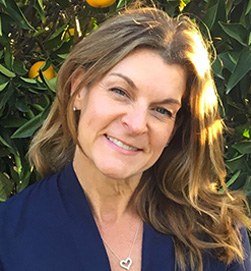 Favorite Quote: "Be so good they can't ignore you." Steve Martin

With more than 15 years of experience, Kim is an expert in all things marketing, including strategic marketing, marketing communications, customer relations, product marketing, vendor management, digital marketing and brand strategy. A savvy strategist and creative thinker, Kim builds programs that influence stakeholders and translate ideas into results. During her tenure with Mission, she has been instrumental in developing the “There’s MORE to Mission” brand, laying the foundation for employee apparel programs, and launching new products and programs. As a leader, she builds organizational consensus by aligning resources and managing relationships to increase profitability. Prior to joining Mission Linen Supply in 2007, Kim led marketing and communications teams at Fidelity Investments, Cleanwise, Lexia Learning Systems and Medtronic. Kim has a B.A. in business from Hartwick College and an M.A. in communications from Emerson College. 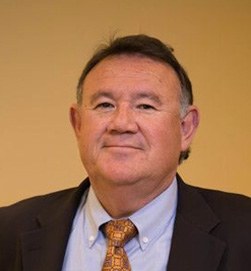 Top of my Bucket List: To live in Madrid and Italy for a summer or two!

Ismael has more than twenty-five years in the laundry rental industry. His focus is on research and implementation of new equipment and processes that improve safety and reduce the cost of labor, energy and utilities. Ismael directs new construction and oversees plant upgrades , including introducing automated and state-of-the-art equipment. Ismael obtained his technical training from the Universal Technical Institute of Phoenix, Arizona and is proud to be responsible for improving Mission Linen’s operations. 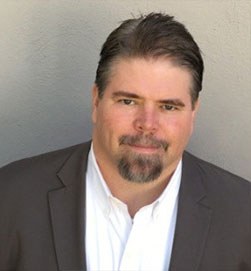 Favorite Quote: Quality is not an act, it is a habit – Aristotle.

Mark is an accomplished purchasing professional with over 15 years of experience in the CPG and IT Industries where he has directed purchasing and merchandising teams through new product introduction and ecommerce enhancements; he has also led cross-functional teams with Operations, Sales, IT and Marketing to launch sustainable and successful go to market strategies. He is most proud of his track record of successfully implementing data-based vendor management systems that drive continuous kaizen improvements on both sides of the relationship. He brings an in-depth knowledge of ERP systems, purchasing analytics and supply chain management to Mission Linen. Mark resides in Santa Barbara with his family, and when he isn’t elbow-deep in Excel Spreadsheets and negotiation strategy, you may find him swimming against the waves in the Pacific or using his PhD to write winery notes.
Give your business a professional image that stands above the rest! To purchase uniforms or learn more about our uniform rental program, get in touch with Mission today.
CALL US NOW > (800) 944-5539