Mission Linen Supply was founded in 1930 as a one-man operation, and has since grown to a leading linen rental and uniform business with 43 locations across the United States and a fleet of 800 vehicles delivering goods to customers through 450 routes each day. The business has expanded beyond linens and uniforms to include the service and sale of apparel, mats, and janitorial products.

Eighty years later, the company is still family owned. Mission recently underwent a major transformation to bring its field operations up to date from a technology perspective. Introducing a new way of doing things can be difficult for any company, but imagine doing so in a company with such history and employees that have become very accustomed to the status quo.

Mission uses a homegrown route accounting system that it developed internally nearly 40 years ago. When the route accounting solution was originally developed, it was very cutting edge for the time and gained a lot of notoriety. So much so that Mission even sold the solution to other companies.

After the development of the route accounting system, technology at Mission remained status quo for quite a long time. Over time the route accounting system was updated here and there, but a major overhaul took place in 2008 to bring it onto more modern architecture. At this point, a mobile solution became feasible (the system wouldn’t have supported mobile prior to this overhaul), and Mission began to imagine some of the ways that mobile could transform its business.

For four years, Mission remained in the investigative phase. In 2012, a new CEO joined the company who recognized the need to modernize field operations and nudged the team at Mission to get the ball rolling on a mobile initiative. “People get used to doing things a certain way, and change is difficult,” says Dave Pattison, director of IT at Mission. “But we realized it was time for us to stop talking about how we needed to modernize, and to start doing so.”

Conducting Your ROI Analysis
Pattison worked with the CFO to conduct a thorough ROI analysis for the project. “We couldn’t base a decision on such a large investment on us knowing we needed to do this or to do it because other companies in our industry were,” says Pattison. “We needed to do the due diligence of identifying the costs and benefits of the project to make a sound decision.”

One of the biggest cost factors examined in the ROI analysis was the paper forms Mission drivers were using. “Our drivers took a stack of triplicate forms on their trucks each day, and modifications were made with pen on those forms,” Pattison adds. “We were spending $300,000 per year on those paper forms alone, and that was a big factor in the ROI analysis.”

Beyond the paper costs, there was also consideration for the data entry involved in inputting data collected by drivers during routes. Mission also factored in soft costs, such as the degree of data accuracy possible with paper-based processes and the perception of the operation as being antiquated and not up to date. “Our drivers are the face of Mission Linen” they are the primary touch point our customers have,” explains Pattison. “If a driver is showing up in today’s day and age with paper and a clipboard, I think customers begin to question if we are the kind of company they want to do business with. Customer expectations have radically changed in recent years based on what’s going on in the consumer world.”

With the ROI analysis complete, it was clear that investing in a mobile solution made sense for Mission Linens. The company’s next step was to determine exactly what that solution would consist of. Because the route accounting system is homegrown, Mission initially believed that the mobile solution would need to be as well. However, the CEO advised against developing the solution internally, having come from a technology background. He urged the team to utilize the skills and expertise of an external company that specialized in mobile instead of trying to take on the project internally.

Deciding Against The DIY Approach
“We knew that for the solution to appropriately interface with our route accounting system, we wouldn’t be able to use an off-the-shelf application,” says Pattison. “But we decided to work with a company that had mobile expertise instead of trying to build a solution ourselves.”

Mission simultaneously began searching for the right mobile app partner, as well as the mobile device it felt would best fit the company’s needs. From a software perspective, Mission chose to work with DecisionPoint Systems, a company that specializes in building, deploying, and supporting custom mobile solutions. Mission felt DecisionPoint had the skills and credibility to meet its needs, and was comfortable with its ability to successfully integrate with the homegrown route accounting solution. Furthermore, DecisionPoint had experience developing solutions for Android, which was necessary based on the device Mission selected.

Mission’s device of choice was the Zebra ET1 (the Motorola ET1 at the time Mission was evaluating devices) touch screen tablet. “A lot of peers were testing out iPad-based solutions. We knew we wanted a device with more of a modern feel” tablet form factor, touch screen. But we also knew that, based on the environments our drivers operate in, we needed rugged,” explains Pattison. Mission felt the ET1 fit those criteria, and the device runs Android, which meant the mobile solution needed to be built with that in mind.

The Challenge Of Standardization
As Mission worked with DecisionPoint to begin developing the mobile solution, the true scope of the project became clear. “One of the biggest difficulties for us was coming up with the standard business rules that we needed to develop the mobile application,” says Pattison. “In a sense, each of our 43 locations operates as an individual business. They have general managers that run operations as their own businesses, and therefore there were no consistent processes or business rules among locations.”

This is where change management issues enter, because Mission was asking employees who had been operating independently for a very long time to change the way they work and begin complying with these standardized processes that, in many cases, were not how they did things. “When we began introducing the project to each location, we started hearing ‘That’s not how we do it’, and emotions were high,” says Pattison.

Managing these emotions and helping employees see the value in the project were aspects of Mission’s project that just took time. Pattison explains that Mission strategically took a certain development approach to the project to minimize employee pushback as much as possible. “In the software development world, there’s the idea of a waterfall approach or an agile approach,” he explains. “Waterfall is where you sit down with everyone in a room, spec out the design for the system, go back and develop, and then deploy. The problem is, you’re not getting feedback over time, so there are not a lot of inspection points on the direction things are taking.”

An Agile Approach To Software Development
Mission took an agile approach, meaning the company spent more time along the way introducing the solution to employees and getting feedback on iterations until it was confident in how the solution would perform before beginning deployment. “I think this was a very valuable approach,” says Pattison. “The feedback we got along the way helped guide the design and features of the solution so that the end result was something the employees knew would work for them. The downside of this approach is that when employees are seeing the early-on versions, they can sometimes panic.” Overall, Mission felt the value of obtaining feedback and therefore buy-in along the way was well worth the time invested. Mission started this process by meeting regionally with general managers to discuss the objectives of the project and to get them warmed up to the idea. Once the development of the mobile solution was underway, Mission developed a beta testing group to give feedback as the solution took shape. Part of the length of the development was also due to the custom work that needed to be done to successfully integrate the mobile solution with Mission’s homegrown route accounting system.

“We wanted to get operations team members invested and taking ownership of the project,” adds Pattison. “Our goal was for them to feel as though they could contribute a lot of input and provide a lot of feedback, so that this project didn’t feel like IT was just coming up with something we were forcing them to use.”

Taking Your Time With Deployment Eases Change Management Woes
In 2016, with the mobile application fully developed and tested, a phased approach to deployment began. Mission had to be careful to work around drivers’ routes as to not impact their overall productivity. Drivers were trained for two days in classroom-style training, and then they worked with the device and mobile application in testing mode until they went live the following week.

“One of the ways we could have sped deployment would have been to hire outside help to train at each location,” says Pattison. “For us, that wasn’t the right decision. We felt that having an internal person there provided continuity and helped to manage that fear of change.”

Pattison also feels the phased approach helped with adoption of the solution because, as rollout was completed successfully at one location, employees would communicate with one another and realize it went well, which helped to ease anxiety of the impending change.

“We were prepared for far more change management issues and headaches than we ever actually experienced,” says Pattison. I attribute that to the time we put in on the front end, making sure the solution was well developed and well tested before we rolled out company wide. Our CEO, who has a lot of experience with technology deployments, even commented that he’d never seen one go so smooth.”

Drivers adapted surprisingly quickly to the ET1s versus paper. “We had drivers who had been using paper for more than 25 years that were fully efficient on the ET1 within a week,” notes Pattison. This is a testament to the usability of the device, but also in the way the software was developed. It is simple; it mirrors the process they would have followed on paper, but more streamlined. The exercise of standardizing our processes and business rules was a painful one, but it paid off in the end.”

With the mobile solution fully deployed, Mission is saving the $300,000 per year it previously spent on paper forms, and has also eliminated 30,000 hours per year of data entry from keying in driver notes taken on paper. The company no longer has to worry about accuracy since everything is automated, and customers now interface with drivers who are equipped with modern technology that enables a consistent, standardized experience.

Going forward, Mission intends to keep abreast of new technology advancements, although Pattison recognizes that is getting harder and harder to do. “The pace of change with technology today is incredibly fast. It becomes increasingly harder to keep up with, but that’s what companies need to do to remain competitive.” 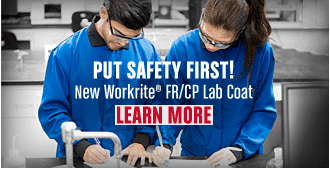 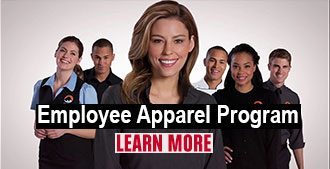